Hello again readers! As you probably know my nearly two year old post on Comet PANSTARRS, I enjoy the challenge of trying to see comets, especially when they are supposed to be bright enough to be seen by the naked eye.

Over the past few days I have been trying to see Comet Lovejoy (C/2014 Q2) from our backyard, but did not have any luck. Although the temperature outside is cold (right now it is about 15° Fahrenheit) I decided to try to capture some shots of the comet with my camera because I was not able to see it with my eyes alone or with binoculars, but I think that may have been because I was looking too close to Orion (which is a great frame of reference, but all of the photos I saw online made it seem like it was closer to Orion than it actually is).

I took these shots with my 70-300mm lens, and I included what I think is the best "raw" shot, as well as a shot with Orion's belt and sword labeled, as well as the comet, and then an enlarged version of the comet only. The length of the exposure caused some star trails, but out of the shots that I managed to take before I got too cold, I think this one came out the best.

Hopefully you have clear, dark skies and you are able to see the comet in the coming days. I hope the frame of reference helps too, and be sure to look farther away from Orion than you would expect! 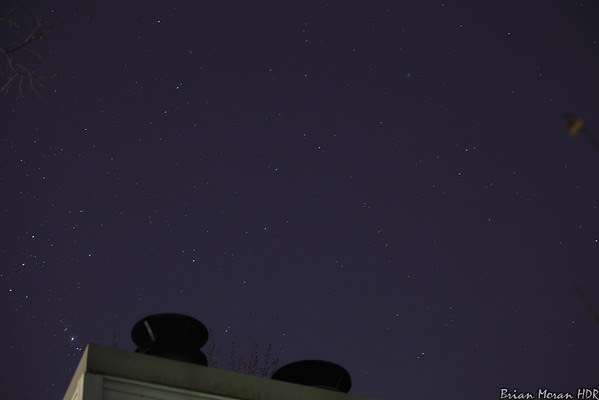 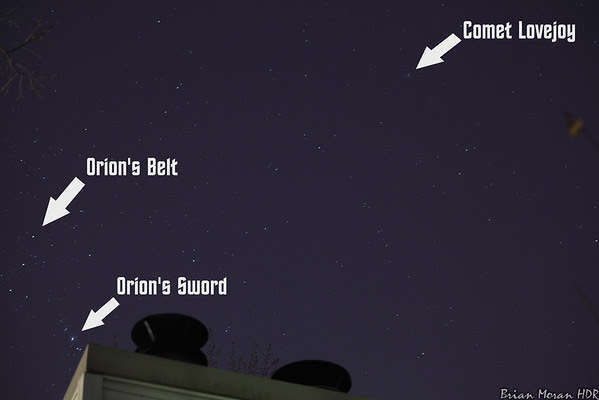 Here is a good article with some nice telescope photos of the comet as well!

My Most Popular Posts